This round is specifically suited to the small subcompact 9mm pistols that have become popular in today's market. Such as the Sig P938, and the S&W M&P Shield, among many others. Though performance is not hampered by using a larger framed pistol. 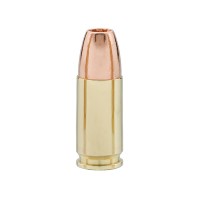